It’s that time of year again – time to organise my technology world and work out what tools I’ll be using to make stuff happen at work and at play. I spent a month in Africa at the end of 2013, and for a variety of reasons, that time away involved very little use of technology and almost no use of voice/text. Given that my average number of texts per month has been around 500 for at least the past 5 years, this was quite a change, but not one that was at all difficult. I sort of liked not being at the beck and call of anyone.

I also have a few computers that have reached their complete end of life. I have a 12″ Powerbook G4 Which I purchased around 2003 when I first became a “web developer” – it was my badge of street cred 🙂 I also have a 15″ Powerbook G4 with an Intel chip purchased in 2006 when I became a bona-fide Consultant. Both computers have lasted well beyond their life expectancy – one is being used for dev work by a colleague, and the other finally met its death during the recent heatwave, when Tim left it in the car for 5 over 40 deg days. 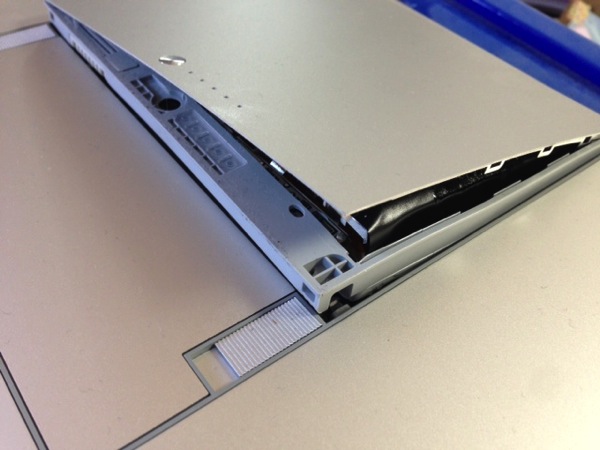 During my travels (Sudan, Tanzania, Canberra), my work laptop, a 13″ Macbook Pro housed in a hard-shelled case, suffered screen-cracking in my checked luggage, despite having been transported in a similar fashion many many other times. I use an external monitor for my Macbook Pro at work anyway, so the laptop is still very usable, and I am also trying to return to being a regular bike commuter rather than a fair-weather occasional bike rider, so I also want to reduce the weight I carry every day by not hauling a laptop with me everywhere.

To this end, I’ve been playing with a Sony Experia Android phone (big but with a 22 MP camera) as a possible alternative to an iPhone/iPad/laptop combo, and I’ve been thinking about switching from an iPad to an iPad mini and then using a non-smart phone just as a phone. What I’ve realised is that I really want a lighter but fully functional laptop and that the smartphone/iPad solution is not workable for what I do (data analysis, writing, editing, graphics). So the real answer was a Macbook Air.

The days of burning DVDs seem to be a thing of the past now that we have cheap multi-gigabyte thumb drives and multi-terabyte external drives, so the limited hard-drive capacity of the Macbook Air is no longer a consideration. I did a quick pricing of a tricked up version via educational pricing, and was a bit despondent that it came out at over 2K – money I can’t really justify if I want to travel as well.

Anyhow, to cut a long story shorter, many planets aligned when I went to ride my bike to work and discovered a popped spoke – I went to my favourite bike store in Mount Waverley so that Dicky could fix my wheel, and this brought me within spitting distance of my favourite Apple reseller. I went to look for my Macbook Air, and discovered that smaller Apple resellers find it hard to get into the Apple Educational pricing (not best pleased with that, since I want to support local businesses and they’ve been great in the past when they were in Burwood. However, I also discovered the ex-demo market and for less than my brand new Macbook Air educational pricing, I now have an ex-demo fully tricked up Macbook Air plus an ex-demo iPhone 5, both of which are mine. Very happy. (For the moment. Until I find out things like iPhone 5 and Macbook Air can’t use Airdrop between them, nor can they pair up to send files via Bluetooth. Say what????? I have to go via email or DropBox???? I could send files from my old Nokia to my old Mac so what’s going on here – it doesn’t stop piracy in any way, shape or form, but it makes it a pain in the arse to take a photo on my iPhone and insert it into my blog post!). I was able to support a local business, and in the two days that I’ve had my new toys, I’ve referred more than 10 people there too!

So, in the next few months, I am planning to ramp up my technical proficiency in a number of areas:

I will also be exploring the different options for file sharing, as befits someone whose expertise is supposedly in Digital Technologies and Training, and as we head into the possibly-post-Facebook world 🙂

This site uses Akismet to reduce spam. Learn how your comment data is processed.

I am a cognitive scientist, psychologist, and online learning specialist with an interest in taekwon-do, web stuff, cycling, indoor soccer and sundry other things. This is my blog home - it is pretty messy and disorganised, a bit like my real home.